“I feel India so much right now,” a friend wrote the other day. She has Rishikesh-sickness, another told me. And I can understand both of them so well. Rishikesh, the birthplace of yoga on the banks of Mother Ganga. Rishikesh, which whenever I see it in photos sends shivers up and down my spine, wonderful memories into my head and tears into my eyes. Rishikesh, where all the puzzle pieces I had unknowingly collected suddenly formed a picture.

Rishikesh. A concert of honking cars, mooing cows and screaming monkeys stealing freshly bought papayas from people. A blue-turquoise river, Mother Ganga, which – still quite young near the Himalayas – flows rushing through the valley. Thousands of people in narrow alleys, dressed in white and with faces beaming with happiness, run through the streets, throwing bright colors and water at each other – exuberantly as usually only small children do. A huge hall in which about a thousand people chant “Om” from the bottom of their hearts, sing mantras together, dance, meditate, and have the feeling that the whole world must be vibrating along with them.

Rishikesh. Crashing thunderstorms that echo between the mountains and sunsets that bathe the sky in hazy shades of orange and red. Crowds of people gathering every evening on the banks of the Ganges, celebrating the light and the end of the day, and thanking Shiva. Children playing with sticks and stones on the clay streets. Cows in alleys so narrow that pedestrians cannot pass without pushing the animals out of the way by their rear ends. Colorful scarves and glittering sequins hanging outside stores along small incense-scented shopping streets through which the Gayatri mantra echoes from loudspeakers. Men brewing fresh chai tea by the roadside, women selling mala necklaces, and white-bearded sadhus in their orange robes sitting by the roadside. Tourists, smiling blissfully and wearing loose clothing, walk through the streets, here and there dodging a loudly honking motorcyclist and unable to decide which of the finely woven scarves they should take home as a souvenir. One yoga school next to the other. The smell of exotic spices mingling with that of sewage. Peace, chaos, everything becomes one.

This is Rishikesh. Or rather, this is a tiny part of this wonderful, magical, spiritual city in northern India. Rishikesh is so much. Too much to put into words, and too much for which there are no words at all. My mental happy place that saves me through dreary Corona winter days.

It was almost a year ago, after a missed flight, a frighteningly wild cab ride and completely overtired, that I arrived in Rishikesh – in a pitch-black area a bit above the city. There was – once again, as I was to learn later – a power outage. Actually, I had only traveled there to do my yoga teacher training – with Surinder Singh, one of the most famous, popular, and best yoga teachers in Rishikesh. What I got was so much more. 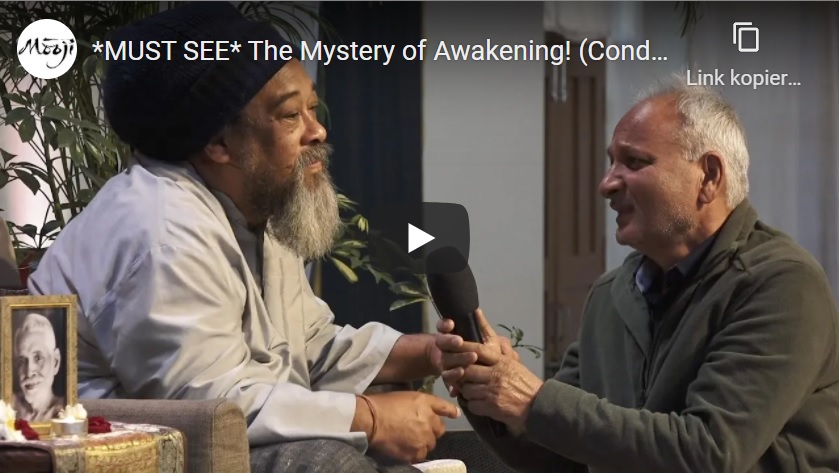 I was in Rishikesh at a time when many world-renowned spiritual teachers were in town for satsang. I got to sit at the lunch table with John de Ruiter, about whom I have no opinion to this day. Mooji, who by his presence alone put a huge hall full of people into states of bliss, opened my eyes in many ways through his teachings and stories, and raised five more with each question answered. And then there was Shanti Mayi, who resolutely jumped up during her satsang to urge the construction workers in the background to be quiet. I was suddenly in the middle of a world I neither knew existed nor had sought.

I spent sleepless nights in my hostel – because my mind was as loud as thunderstorms and rain crashing through the mountains with an intangible force – and spent the day visiting satsang, drinking chai tea and having an Ayurvedic massage.

A few days later I moved into the Swasti Yogashala. The beginning of four weeks of yoga teacher training. By the end of the second day I was so sore I didn’t know how I’d last another 26 – and the last day came earlier than expected due to the pandemic.

Rishikesh. Without hesitation I can say: Almost five weeks in this place have shaped me like nothing before. Many things that I had experienced as it had seemed incoherently in previous years suddenly came together. Many things that had accompanied me as assumptions and beliefs formed the beginning of a new path on my inner journey.

Rishikesh. That’s many hours with wonderful teachers and fellow students, my yoga family. This is the place where joy and sorrow, gratitude and despair, noise and silence were inseparably close. Rishikesh. They say that once you have been there, you will always return. I would like to confirm this. Soon.